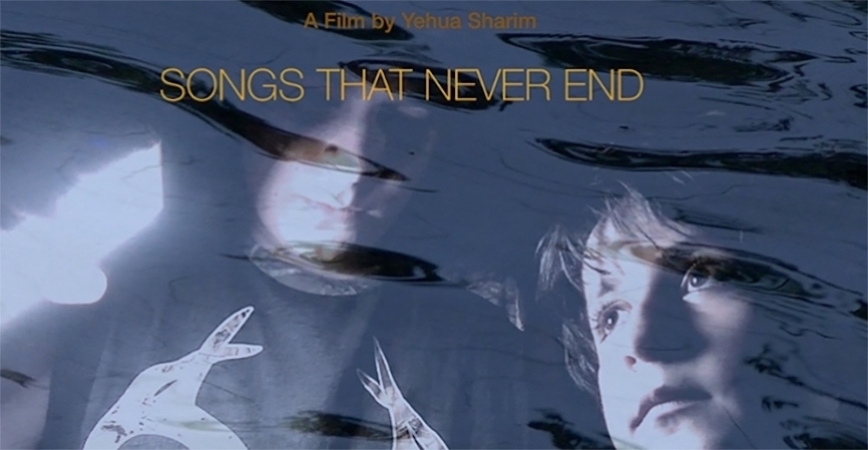 “Songs that Never End,” Professor Yehuda Sharim’s intimate film about a family transitioning from Iran to life in Texas, is a finalist contender in the International Documentary Film Festival Vienna and will stream on the festival’s site for one week starting Thursday.

The feature-length documentary follows the Dayan family who, having fled danger in their homeland, face a wave of challenges as they struggle to adjust to life amid the sprawl of Houston. Sharim’s camera tells their story through the eyes of 9-year-old Hannah, whose spirit is shaped by the weight of life as a refugee.

“How does she see the world, the U.S.? What does she think about human beings? How does she make sense of the inequality that impacts her parents in a very direct way?” Sharim asked. “This piece is about her. Where does she find beauty and love amidst all of this chaos?”

In a scene shared in the film’s trailer, Hannah and her older brother, Ali, discuss their visions for the future.

“I wish all humans on Earth happiness and loveness,” Ali says.

“Me, too. I wish that,” Hannah agrees, before adding, “but this is never gonna happen.” 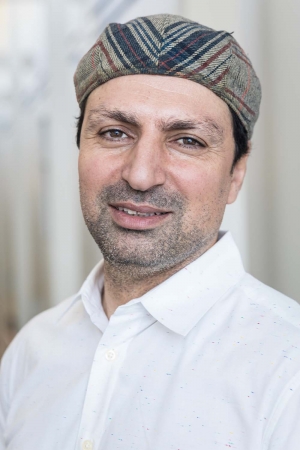 Sharim, who is part of UC Merced’s Global Arts, Media and Writing Studies interdisciplinary program, began working with the Dayan family in his previous film, “ Seeds of All Things.” The 2016 documentary explored the experiences of migrants as they pass through a health clinic in southwest Houston, home to a high concentration of immigrant communities.

The experiences lived by the Dayan family are ones that ring true for all of us, Sharim said, particularly as we cope with the global pandemic and the inequalities it exposes.

The film, he said, “humanizes the experience of displacement that many immigrants and refugees face daily. It questions how we deal with loss, defeats, terrors, and how we cope with pain and with death. Those questions pertain to all of us, especially now as we seek shelter and kindness. Can our pain be transformed?”

Psychological sciences Professor Anna Song said the film is a “must-see” for students in the fields of social justice and equity, and makes it a requirement for her classes.

“What unfolds in this family’s stories are within-family struggles that are clearly microcosms of larger societal and cultural issues,” Song said in a review. “Perhaps the most important aspect of Sharim’s film is that it is a brutally honest depiction of refugee life in America. The complexities and consequences of diaspora, especially for individuals and their families, are laid out in their raw forms.”

At the heart of the matter, this tragic moment with all its bleakness is our chance to imagine and act together; a reminder that we are all mortal and we all depend on one another, a fact that complicates all divisions that surround us.

“Songs that Never End” is one of five finalists for best international documentary in the festival, which is known as Ethnocineca 2020. In all, 50 films were selected for the festival, which cancelled its in-person events due to the coronavirus. After Vienna, the film is expected to travel to film festivals and art venues in Germany, France and Houston.

Sharim’s film will be among those that can be viewed online through May 14.

While he appreciates the honor, Sharim said his aim was not to win prizes. “I think films right now have become one of the most corrupted fields — with violence against women, obsession with ratings, and the limited and negative presentations of people of color. We need to think about films differently. It cannot be that films are only here to entertain us.”

Sharim’s next project will look at experiences in the Central Valley and contextualize them with the experience of other refugees.

Both the Valley and UC Merced are places that draw people from all over the world, said Sharim, who grew up in Israel, where his Iranian parents sought refuge.

“This moment of crisis is a reminder that our histories are much more complex than how we would like to think about them,” he said. “At the heart of the matter, this tragic moment with all its bleakness is our chance to imagine and act together; a reminder that we are all mortal and we all depend on one another, a fact that complicates all divisions that surround us.”